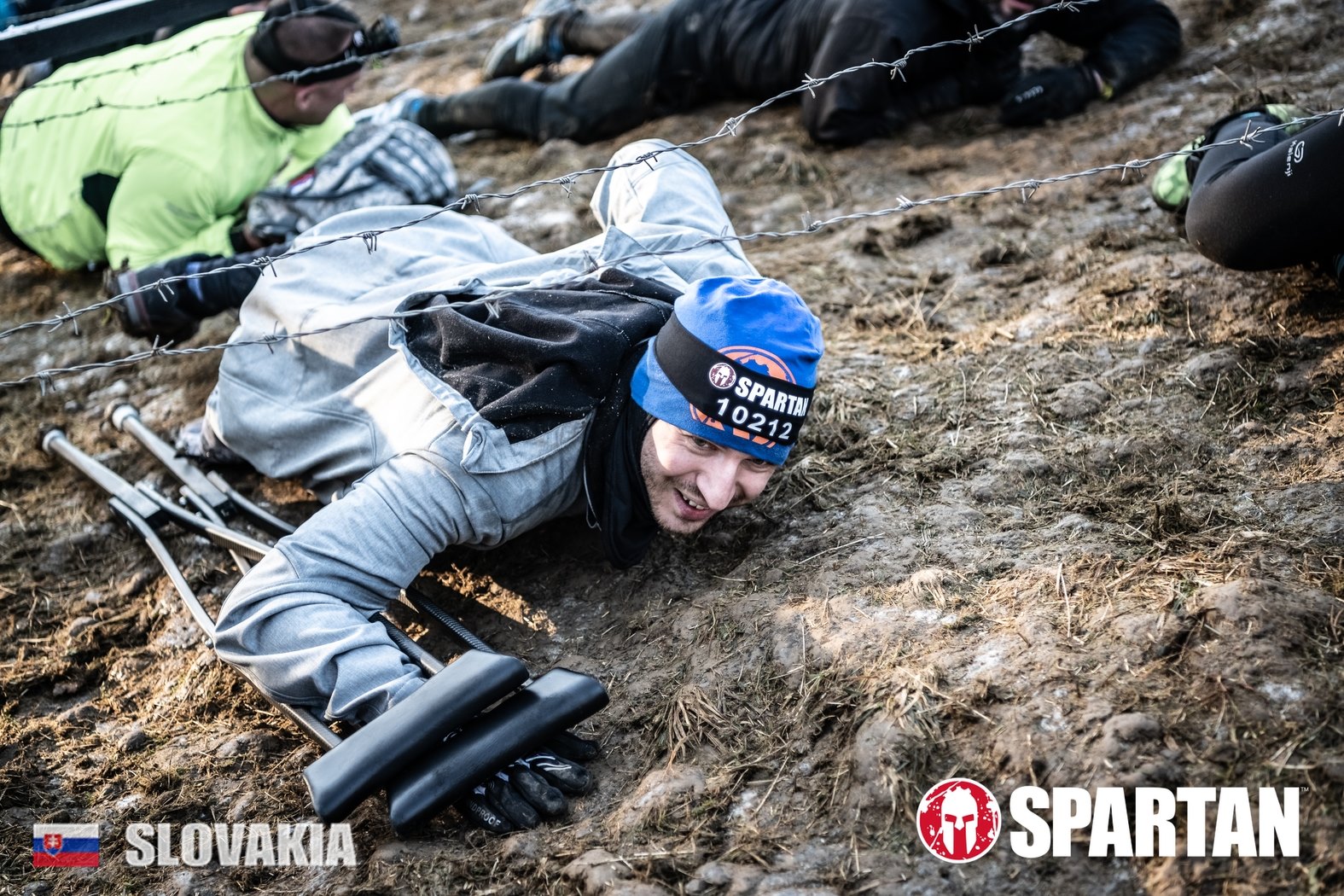 When I attended my first winter Spartan in Dolní Morava in 2017, I thought I will never go to the winter race again. It was cold, the wind was blowing, my hands were freezing, I was struggling in the snow, and all the way I was disturbed by my runny nose. I do not like cold and winter, I like summer heat and stay near the water. So why did I decide to take part in another winter Spartan?

It was perhaps the same reason as three years ago – getting out of my comfort zone. But the race was completely different. While in Dolní Morava I fell into a meter deep snow and had my hands frozen, in Banská Bystrica I was dirty from the mud and I sweat my coat. Three years ago, I reached the finish line almost five hours later, and I wanted to beat this time by few hours.

This year the organizers chose a route through the city center and ascent to nearby hill, Urpín. The course map was published in advance, which somehow didn’t bother me personally, because I knew what shoes to choose – I preferred thick winter shoes over running shoes, because I knew we should not run through the stream. The city passage was quick, even the pavement in the center was not frozen, but on the hill the molten mud slipped and packed on shoes. I was surprised that some obstacles were way too easy. Plate drag, which is not one of my favorites, was uncommonly easy, and I didn’t struggle during sandbag carry or later at Hercules hoist. I was afraid of Atlas, because last year in Valča and Lipno caused me significant problems and in the Czech Republic I had to do 30 burpees.

But I managed it well, muddy terrain was more troublesome than the weight of the ball itself. When we got back to the city, I did my traditional burpees for the Z-wall and also for the spear throw, which was such a pity, because I threw it very well but I probably ate a lot of spinach (or Edgar.powerdink) and I threw the spear over the target.

The most beautiful or interesting part of the race for me was at the Museum of Slovak National Uprising. We ran through the memorial, a place from which a strange energy radiated pointing to the gloomy period of time.

That is why I was also glad to see the expositions in the museum the next day.

The resulting time of just over two hours was much better than I expected, but it was due to lighter conditions.